To Eternity and Beyond – The story behind it all

ONCE UPON A TIME…

My wife and I first met in high school. I moved out to Tooele, where my wife grew up, my sophomore year of high school in 2006. I never met Rachel till the summer before our senior year in 2008. I knew of her, she was a cute cheerleader but we never really hung out with same group of people. At the beginning of our senior year, we were both called to be on a committee called Seminary council. In our church, Seminary is a class high school students can take to learn more about our religion and about the scriptures. So we were both on the Seminary Council where we got to help plan fun activities and events for our fellow Seminary students. On the first day we had a council meeting and I saw this girl walk up and I remember thinking ‘wow, that girl is beautiful.’ That is when my crush on Rach officially began. 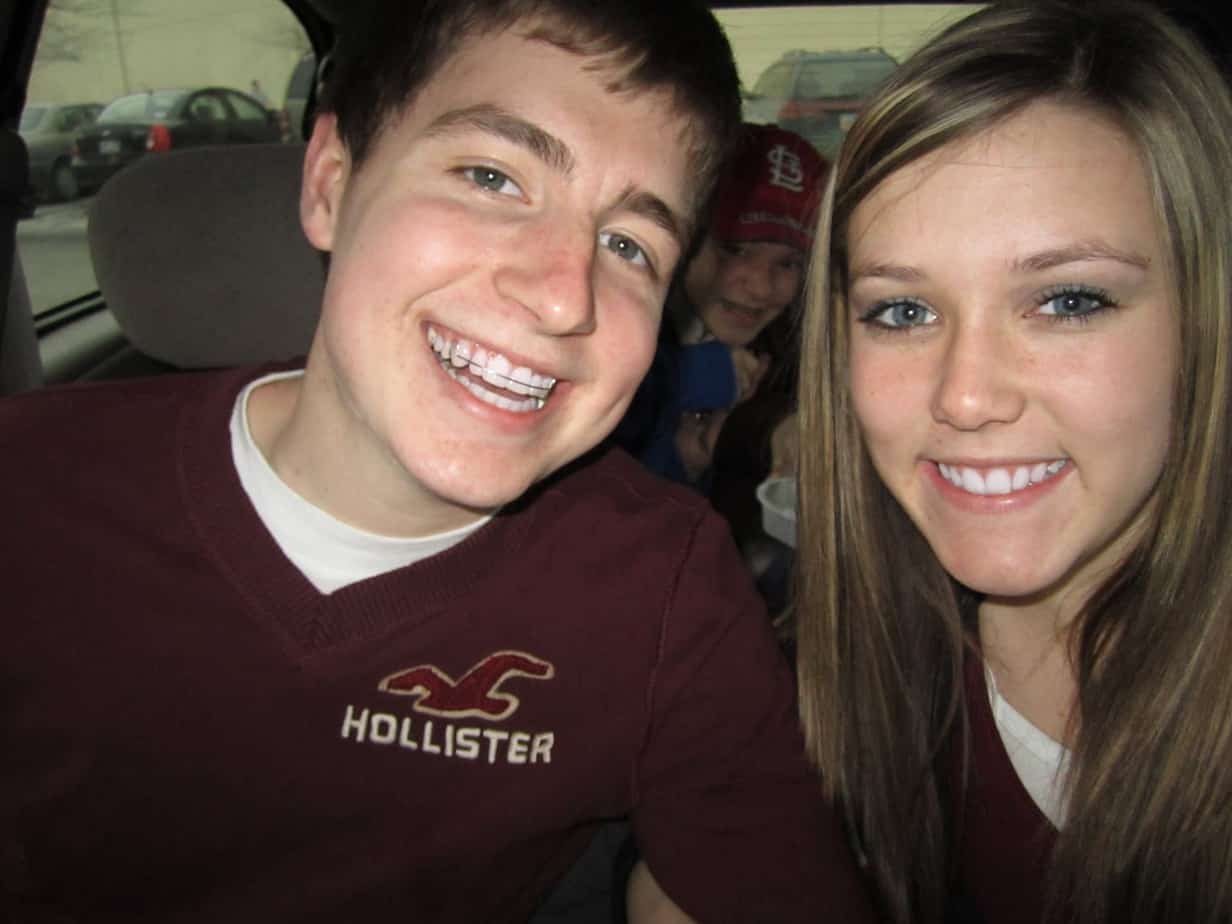 I admit that I was super duper shy around her in high school. We’d have wonderful and fun conversations through texting and with big groups of friends but when were together one on one, I had the hardest time talking to her. That drove her crazy because she can start a conversation with pretty much anybody. Rachel’s mom and my uncle were both teachers at our high school. We were both teacher aides for them during the same class period which meant we basically had a free class where we could do whatever we wanted! So she and I were able to go get breakfast and have a lot fun during that class. We became great friends during that time we had to hangout during that class as well as the countless early morning meetings and activities we had with seminary council. We started to hang out with a group of people on the council quite a bit and we all became super close and great friends. Through all of this, I really started to like Rach A LOT, but I was still kind of nervous and shy around her. In her eyes I was still just one of her friends.

There was a rule on the council that our faculty advisor set asking all the members not to date anyone on the council while we were serving on the council. This rule was set in place just so people wouldn’t break up and make things awkward and make it hard to accomplish our tasks. So needless to say Rachel was very thankful for that rule because I was not allowed to date her. She liked me as a friend but NOTHING more than that. She definitely had a lot of other boys on her mind. All of her girlfriends would say “just give up” and “why don’t you just move on” and the main one I heard was “she doesn’t like you and will NEVER like you”. I honestly tried dating other girls but I don’t know, something just always brought me back to Rach. I was doing everything in my power to get her to like me. I was bringing her flowers and cards and whatnot but nothing was working.

As you guys know we have a mild (major) Disney obsession. Growing up I’d always loved Toy Story but there were a lot of Disney movies I hadn’t seen. Rach LOVES Disney and loves movies in general so I came up with this clever idea. I invited her to have Disney movie nights. It was basically me and her (score for me and not so much for Rach). Anyway, we were able to watch Disney movies which she wanted to do so it was kind of my way to get her to hang out with me one on one and not in a group setting. So we did that a few times but nothing was really warming her up to me. When we’d be sitting in class she’d purposely start talking loudly with her girlfriends about other boys she liked and had gone out with and whatever- trying give me the hint that she was not into me. That kinda sucked. (That makes her sound snotty but I promise she is seriously the sweetest!)  We still hung out though even after graduation and through the summer, but she just didn’t think of me as anything other than a friend.

We both went to school down at Southern Utah University. Everyone said I followed her down there but really it’s just where I got the best scholarship. Her being there was just a bonus! Her birthday is in August and it was right after we had both moved down to school. I asked her on a date to see a movie and all I remember about the movie was that it was AWFUL. I remember telling myself I was going to give myself one shot with her down here at school then I’d quit trying. I tried to hold her hand during the movie and needless to say, I was shut down and rejected and basically told “I just want to be friends and stop trying.” At that point I did stop trying. I tried to find other girls to date and to just to keep mine and Rach’s relationship as just a friendship because honestly I just loved hanging out with her and didn’t want to lose her completely. So I spent a lot of time as that awkward best friend hanging out with her and a bunch of girls.

I remember one night we were watching some chick flick with her and her roommates in her dorm room (Ya, I was that guy.) So we were watching the movie and she texted me and said the movie was boring and she asked if I wanted to do something else. Obviously I said yes so we left. There was another girl who liked me and she had invited me to go over and play games. So of course I brought Rach with me. That’s not awkward right? If any of you have seen the movie Hitch with Will Smith he says that when a girl hits you, that’s a good thing- it means she’s flirting. As we were playing, Rachel hit me. I was like ‘oh this is weird’ because it was like one of those flirty hits and I was thinking ‘what the crap?’ I could just sense something was different. When we were done playing it was getting pretty late. Fun fact about Rach is that she loves sleep. When we’d hang out in high school she’d would legit want to go home and go to bed by like 10. Even though it was way late, she asked me if I wanted to go watch a movie or something at my place. I remember looking at my clock thinking ‘does she not know what time it is, cause this is really weird.’ After the little flirty hit- that’s a thing right?- and wanting to start watching a movie way past her bedtime, I knew something was up.

We went back to my apartment and we watched Stranger Than Fiction (random I know). She had never seen it and during that time it was one of my favorites. Usually she’d keep a safe distance when we were watching movies but this time she sat RIGHT NEXT TO ME so I just went for it. I put my arm around her and NOTHING! SHE DIDN’T FREAK OUT! So then I went for the hand hold and SHE HELD MY HAND BACK. Inside I was thinking ‘what the crap is going on?!’ The next few months were a major whirlwind as we started dating and fell in love. Problem though, I was going to be leaving on an LDS mission that summer and was going to be gone for two years. So as much as we were in love, serving a mission was always in the back of my mind. We kind of just talked about it and came to the conclusion that if it worked out great, but if not we knew we loved our time spent together. I ended up serving my mission in Lima, Peru and absolutely LOVED it! I love Peru and the people there. She dated while I was gone but she still wrote me letters. When I got home, all the feelings were still there. When I got home, it was like I had never left. We hung out and dated and got engaged over Christmas of 2013. We were married on June 5, 2013.

The lesson learned from this story is that you should never give up! There will be ups and downs in all stages of our life, but if you want something go out there and get it. I am so thankful I didn’t give up and that this beautiful girl is mine. I am so lucky to call her my wife and best friend. I love her more than anything in this world! Yes… Even more than Toy Story 🙂 Happy Anniversary Rach!

So I asked Rach what changed and made her start liking me. This is her answer:

“When we went down to school it kind of forced him to open up and meet new people. He became less shy and was able to actually talk to me. I truly got to know him. I already knew he was sweet and kind and a great guy but when he started to actually talk around me, I realized he was funny! I got to know him better and better and that’s when I started falling for him.”

Throughout this time of falling in love Rachel and I created a slogan “To Eternity and Beyond” based off of my favorite movie of course. This has stayed with us throughout the years and is now our family motto. The most important part is that we will be together for Eternity and I couldn’t be happier about that. Today, as we celebrate our 5th wedding anniversary I wanted to share this fun story with all of you. I created this blog to be a place for us to share our families adventures. 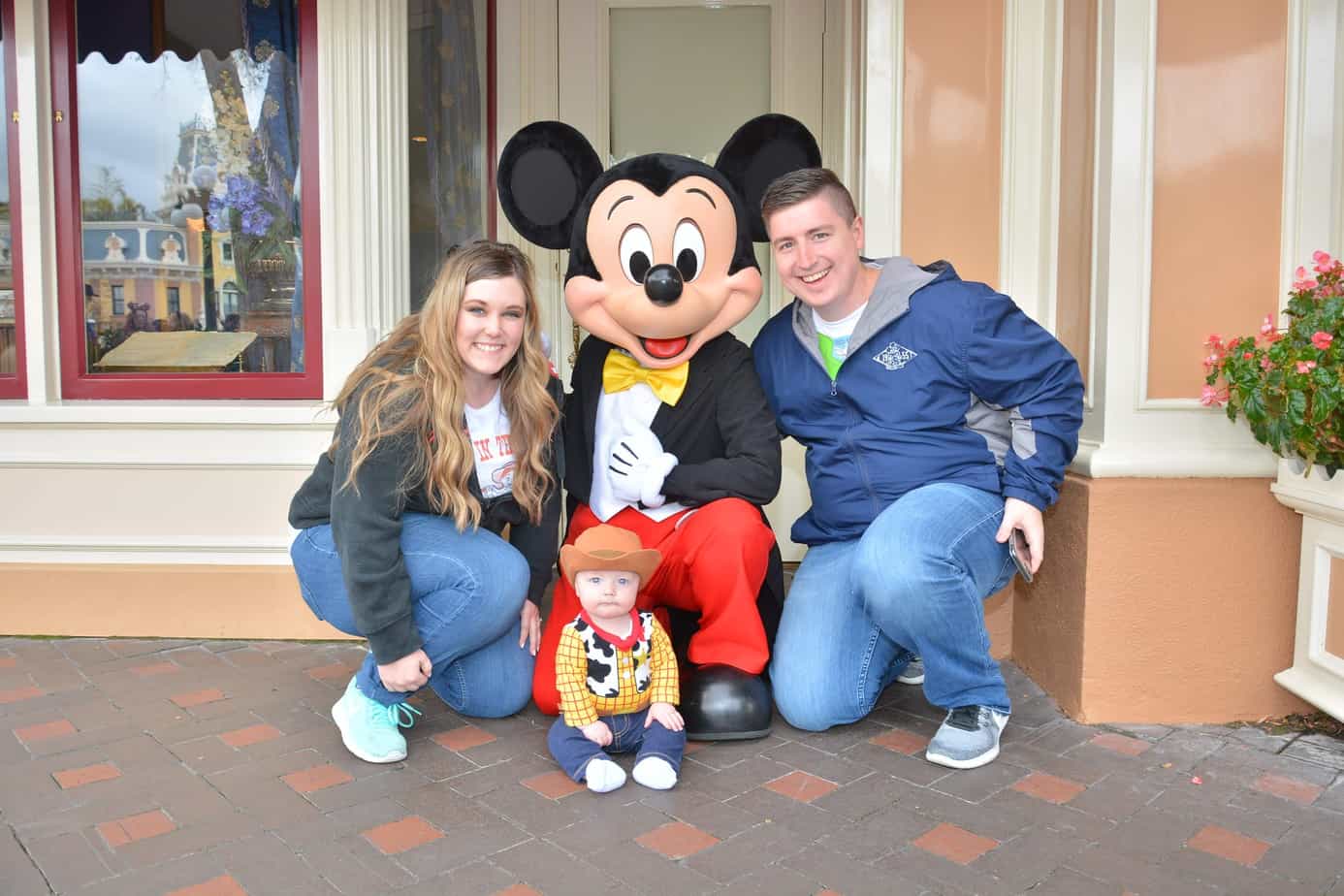 If you want to see more pictures check out this video we played at our wedding. 🙂

Author: toystorydad
Filed Under: About Us
Q & A with Toy Story Dad and Family 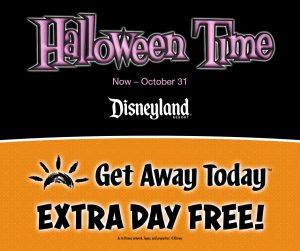